A quick and fun animation with the great Deadpool rig by Kiel Figgins. Also trying out GIFs as a way of showing simple animations like this on social media etc.

A very quick animation test to celebrate the holiday season 2016. Not super polished due to time constraints but hopefully the personality come across and makes up for that 🙂
Squirrels rig from AnimationMentor, Cracker rigged by me.

A very quick (blink and you miss it!) test of timing and spacing. I sometimes feel I’m too conservative with my spacing so this is an attempt to push more in a cartoony way.

The rig is from iAnimate.net 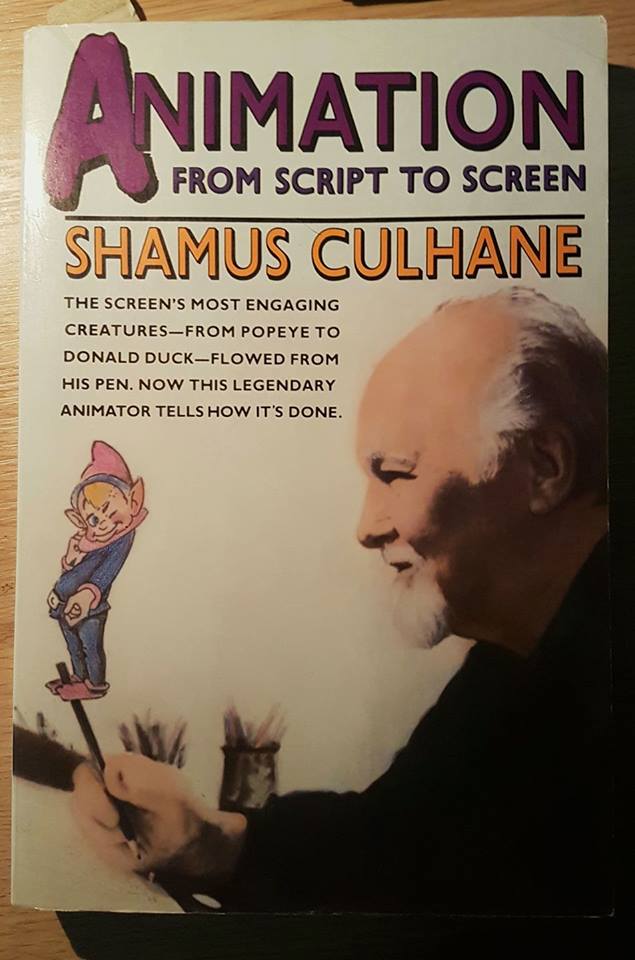 Thought for the day – this book isn’t one of the ‘big’ animation books I guess (Like IOL or ASK etc) but it contains one vital piece of advice that he really stresses – the need to do your first pass at something as quickly as possible.

The more I animate/draw/write music the more this comes back to me as a really important thing to keep in mind. There’s a real tendency to associate ‘time invested in something’ with ‘quality of the idea’. But that association may not be correct at all. Often our first ideas are cliche, or not as interesting as they could be. But after working on something for a while we form attachments to it, simply based on the amount of time we’ve invested in it.Our brains are then very reluctant to accept the idea that maybe what we are doing isn’t great and it may be better to scrap it and start fresh with a better idea.

I think this is particularly prevalent in the digital side of things. It’s so easy to get lost in endless edits and noodling something trying to push it into some kind of shape when often the initial idea didn’t really have enough spark to begin with. When working on paper there’s a lot less of that usually as you have to get the basic thing down in the first pass, or you move on to another quick pass if it’s not right.

I notice a lot in Jason Ryan’s weekly animation demos how fast he works initially and how he’ll make a note to come back and fix something but he doesn’t get bogged down in the ‘noodling’ stage. And of course his initial passes are often super rough Flipbook tests which he chops and changes constantly as he works on them.

I’ve noticed too when I write music the pieces I create spontaneously into a Looper tend to have much more life and energy than the ones I start off with in a DAW, again the ability to work fast beats the ability to tweak things into submission.

The trick really I guess is capturing that initial spark of the idea as quickly as possible and then managing to iterate on it to improve it without loosing the spark in the process!

Some thoughts on anticipations and overshoots..